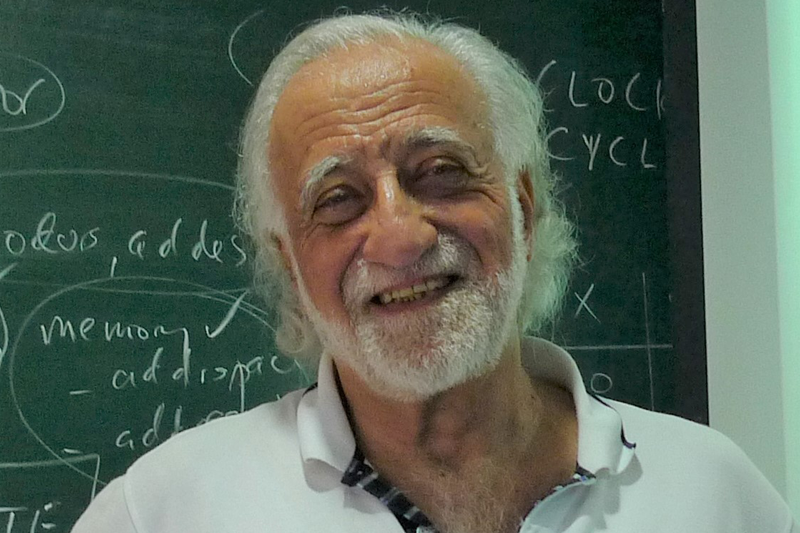 Dr. Yale Patt is a Professor in the Department of Electrical & Computer Engineering at The University of Texas at Austin, and holds the Ernest Cockrell, Jr. Centennial Chair in Engineering. He also holds the title of University Distinguished Teaching Professor. Prof. Patt was elected to the National Academy of Engineering in 2014, among the highest professional distinctions bestowed upon an engineer.

He earned his B.S. at Northeastern University and his M.S. and Ph.D. at Stanford University, all in electrical engineering. He has received a number of awards for his research and teaching, most notably the highest honor in his specialty computer architecture, the 1996 IEEE/ACM Eckert-Mauchly Award, "for important contributions to instruction level parallelism and superscalar processor design," and the highest honor in computer science education, the 2000 ACM Karl V. Karlstrom Outstanding Educator Award. He also received the Benjamin Franklin Medal for Computer and Cognitive Science from the Franklin Institute in 2016. Among the other awards he has received are the 1995 IEEE Emannuel R. Piore Medal, the 1999 IEEE W.W. McDowell Award, the 2005 IEEE Charles Babbage Award, the 2011 IEEE B. Ramakrishna Rau Award (inaugural recipient), "for significant contributions and inspiring leadership in the microarchitecture community with respect to teaching, mentoring, research, and service," and the 2013 IEEE Computer Society Harry H. Goode Memorial Award. At The University of Texas at Austin, he has been recognized with the Texas Exes Teaching Award for 2002, and the Dads' Association Teaching Fellowship Award for Fall 2002.

He has published more than 200 refereed papers and has won more than a dozen best paper awards. His only textbook (so far), "Intro to Computing Systems: from bits and gates to C,C++ and beyond" (co-authored with his former student Professor Sanjay Jeram Patel of UIUC), was published by McGraw-Hill in 2000 (2nd edition, 2004, 3rd edition, 2019). It has been adopted so far by more than 300 universities worldwide. It revolutionizes how computing is introduced to serious freshmen. He has supervised 33 completed PhD dissertations, and does not remember how many MS theses. He currently supervises 6 PhD students.

Above everything else he does as a professor, Yale Patt loves teaching. At The University of Texas he introduced a new required freshman course, Intro to Computing (EE 306) in Fall 2000, and has taught it every other fall semester to 400+ freshmen. He also teaches his graduate specialty in Microarchitecture (EE 382N) every other spring, and the senior computer architecture course (EE 460N) whenever they let him.