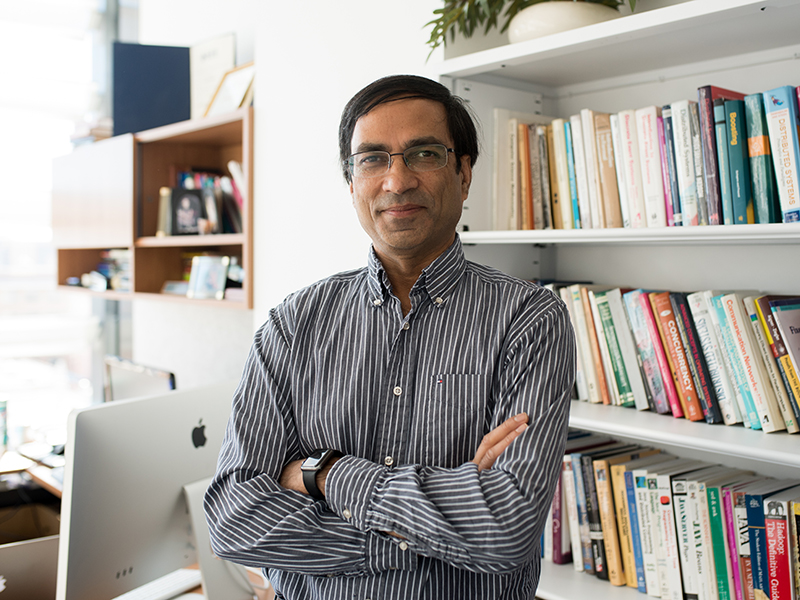 Dr. Vijay K. Garg is a Professor in the Department of Electrical & Computer Engineering and Department of Computer Sciences at The University of Texas at Austin and holds the Cullen Trust for Higher Education Endowed Professorship in Engineering. He is also the Director of the Parallel and Distributed Systems Laboratory.

He received his Bachleor's degree from the Indian Institute of Technology at Kanpur in 1984 and M.S. and Ph.D. from the University of California at Berkeley in 1985 and 1988, respectively. Prof. Garg is a pioneer in the area of distributed computing and discrete event systems. His main contributions are in the areas of global predicate detection, distributed debugging, distributed simulation, fault-tolerance, distributed algorithms and supervisory control of discrete event systems. Prof. Garg is the author of the books Concurrent and Distributed Computing in Java (Wiley & Sons, 2004), Elements of Distributed Computing (Wiley & Sons, 2002), Principles of Distributed Systems (Kluwer, 1996) and a co-author of the book Modeling and Control of Logical Discrete Event Systems (Kluwer, 1995). Prof. Garg is an IEEE Fellow.