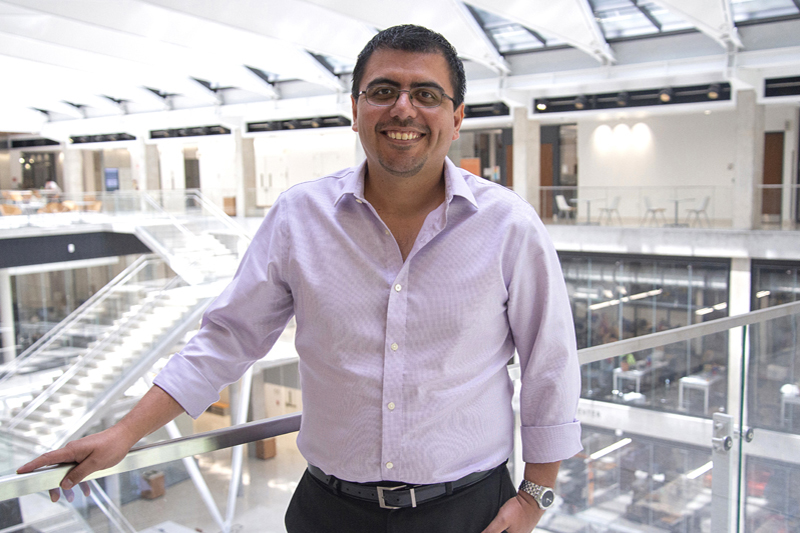 Pedro Santacruz is an Assistant Professor of Instruction in the Electrical and Computer Engineering Department at The University of Texas at Austin.  In this position, he focuses on teaching and creating innovative learning experiences for ECE students.

Previously, Pedro was a faculty member in the Department of Electrical Engineering at San Jose State University as an Assistant Professor from the Fall 2015 to Fall 2018.  Before SJSU, he spent two years as a Postdoctoral Fellow at The University of Texas at Austin working under Prof. Christine Julien and Prof. Sriram Vishwanath as part of the Wireless Networking and Communications Group and the Mobile and Pervasive Computing Group. The work at UT Austin included system-wide implementation of distributed wireless algorithms using the Pharos testbed while overseeing undergraduate research projects and supporting graduate research efforts.