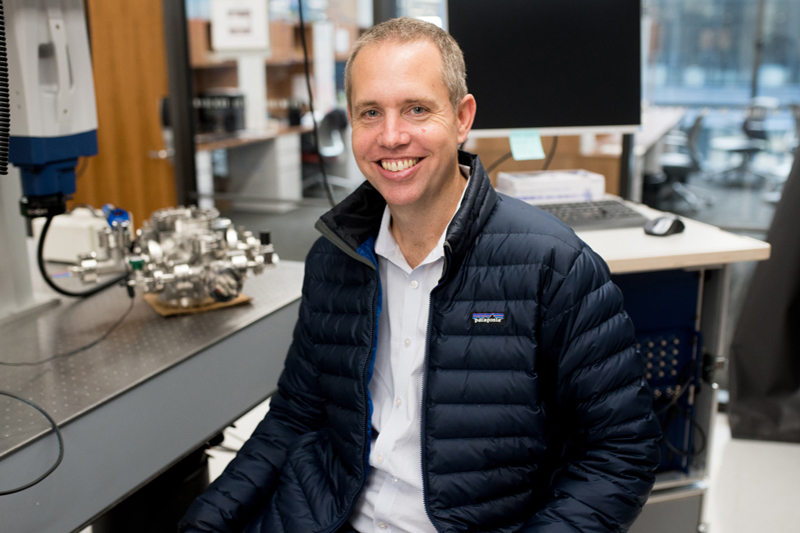 Dr. Neal Hall is an Associate Professor and holds the Temple Foundation Endowed Faculty Fellowship No. 5 in the Department of Electrical and Computer Engineering at The University of Texas at Austin.

Neal received the B.S. degree in mechanical engineering from the University of Texas, Austin in 1999, and the M.S. and Ph.D. degrees from Georgia Institute of Technology, Atlanta, GA in 2002 and 2004, respectively. From 2004 – 2006 Neal was an Intelligence Community Postdoctoral Fellow at Sandia National Laboratories, Albuquerque, New Mexico. He joined the Electrical and Computer Engineering Department, The University of Texas at Austin, as an Assistant Professor in January 2009, where he performs research in the areas of silicon micromachined acoustic transducers. Neal is a 2014 recipient of an ONR Young Investigator Award (YIA) and a 2012 recipient of a DARPA Young Faculty Award (YFA). He is also Founder of Silicon Audio, Inc., a high-tech startup commercializing photonics-based acoustic and seismic sensors. Support for Neal’s research has come from NIH, NSF, DOE, and DARPA.