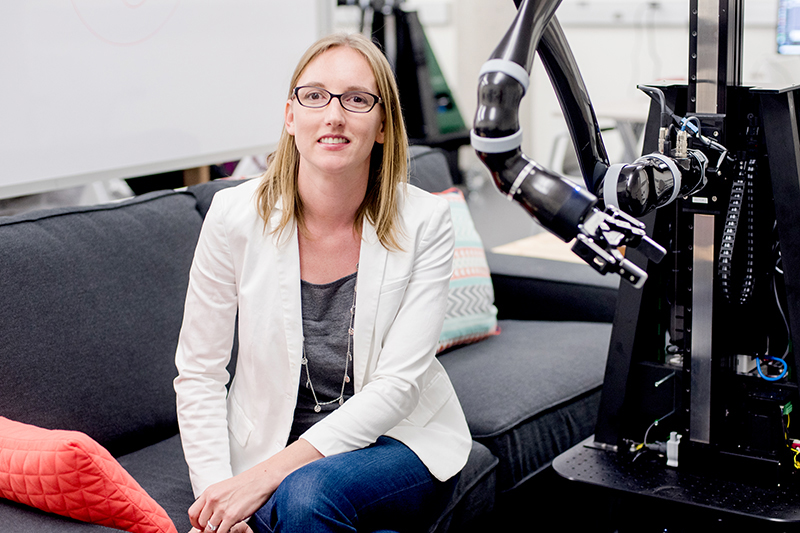 Andrea Thomaz is an adjunct faculty member and senior research scientist in the Department of Electrical and Computer Engineering at The University of Texas at Austin.

Prof. Thomaz joined Texas ECE in January 2016 after serving as an Associate Professor of Interactive Computing at the Georgia Institute of Technology from 2007-2016. She earned a B.S. in Electrical and Computer Engineering from the University of Texas at Austin in 1999, and Sc.M. and Ph.D. degrees from MIT in 2002 and 2006.

Andrea is published in the areas of Artificial Intelligence, Robotics, and Human-Robot Interaction. Her research aims to computationally model mechanisms of human social learning in order to build social robots and other machines that are intuitive for everyday people to teach.

Prof. Thomaz received an NSF CAREER award in 2010 and an Office of Naval Research Young Investigator Award in 2008. She was named to Popular Science magazine's Brilliant 10 List(link is external) in 2012. In 2009, she was named to the MIT Tech Review Top Young Innovators Under 35.